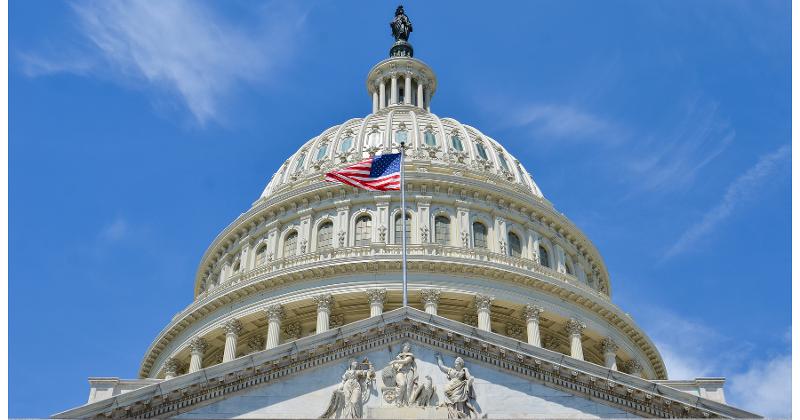 Restaurants that missed out last year on $28.6 billion in aid from the Restaurant Revitalization Fund (RRF) would have another shot at assistance from the program under a bill passed Thursday by the House of Representatives.

The measure would allocate $42 billion to the bone-dry fund—enough to cover grants to the 177,000 restaurants whose requests for a grant were put on hold when the program ran out of money in just three weeks last spring.

Places that didn’t apply for an RRF grant last year could put in a request this go-round for a portion of an additional $13 billion that Thursday’s bill would set aside as aid for other ailing small businesses, according to Rep. Earl Blumenauer, a co-sponsor of the measure. In effect, those second-round applicants would be vying for the funds with gyms, concert halls, minor league sports teams and other hard-pressed enterprises.

The bill—The Relief for Restaurants and Other Hard Hit Small Businesses Act of 2022—won’t be taken up by the Senate until it returns from a recess in two weeks. At a press conference called by the Independent Restaurant Coalition (IRC) to celebrate passage of the bill, which the group has been pushing since it was first introduced in June 2021, co-founder Tom Colicchio said he’d personally assured by Senate Majority Leader Chuck Schumer (D-N.Y.) that the act would be put to a floor vote.

The House vote kindled hopes that the RRF could finally be replenished—“I am belligerently optimistic,” said Erika Polmar, the IRC’s executive director.

But the measure is expected to meet considerable resistance in the Senate. As a standalone bill, the House-approved act would need 60 yea votes to pass in the Senate, meaning 10 Republican senators would need to join their adversaries across the aisle. And it’s not clear if even all 50 Democratic senators would go for it. Sens. Krysten Sinema, Mark Kelly and Joe Manchin, all Democrats, have said previously that they don’t see the need at present to further deepen the federal deficit by approving more COVID aid spending.

Even in the Democratic-controlled House, there was head-shaking over where the federal government would get the $55 billion needed to cover the allocation.

“There was a spirited debate on the House floor on whether the RRF should be replenished by spending “new” federal dollars (thus increasing the federal budget deficit), or by reallocating existing federal dollars,” Sean Kennedy, EVP of public affairs for the National Restaurant Association, said in a note to members. “As you’d expect, drawing money down from a different federal account creates winners and losers, and it has proven difficult for Congress to reach bipartisan agreement on how to approach this.”

He characterized the measure’s chances in the Senate as “uncertain.”

Still, the communication urged members to join the association’s lobbying team in pushing for the Blumenauer bill and a separate measure in the Senate that calls for re-upping the RRF. That second bill calls for reallocating $40 billion for the RRF and $8 billion for other types of struggling small businesses.

“We will continue to press with the facts, with our economic analysis, and with your stories,” Kennedy wrote to the membership.

The IRC also vowed to mount an intense lobbying effort. “If they don’t replenish the Restaurant Revitalization Fund, tens of thousands of businesses will close,” Polmar commented.

The other Senate re-up proposal, a bipartisan measure introduced this week by Sens. Ben Cardin (D-Md.) and Roger Wicker (R-Miss.), states that $5 billion of the fund would come from money left over from the Paycheck Protection Plan (PPP). It, too, is expected to be put to a vote when the Senate reconvenes.