The fortunes of the restaurant industry and the economy as a whole have improved since the dog days of 2009, but it's been a roller coaster ride to get there, attendees learned at this week's Restaurant Leadership Conference. 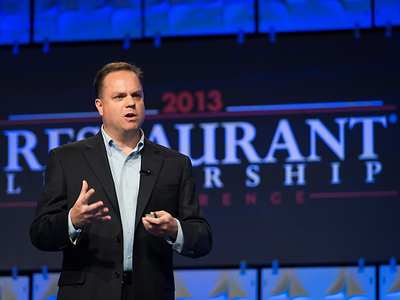 "It seems as though just as we get some good [economic] news something shakes us again, whether natural disasters [or] gas prices," said Todd S. Jones, managing director at GE Capital, Franchise Finance. "Up and down and up and down."

At his annual GE State of the Industry address at the RLC, Jones said industry sales are currently growing, but uncertainty continues. In other words, the roller coaster ride isn't over yet. But the good news outweighs the bad: