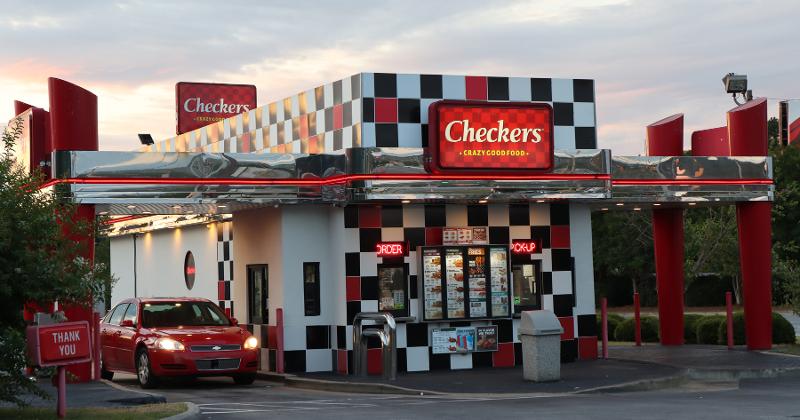 Several restaurant companies have sought bankruptcy protection in recent months, an unsurprising result of the global pandemic and states’ shutdown of dining rooms. The most recent, Chuck E. Cheese’s parent CEC Entertainment, has been expected for weeks.

Several others could come, too. One of them is perhaps a bit of a surprise: Checkers Restaurants.

According to the Wall Street Journal, the company has hired restructuring advisors, including investment bank Miller Buckfire and turnaround specialist Mackinac Partners, to explore a possible restructuring.

To be sure, Checkers is surprising only when you consider its business, as the operator of drive-thru-only Checkers and Rally’s restaurants.

After all, nothing seems quite as safe as having someone hand food to you through a hole in the wall.

The problem at Checkers is interesting in that it already had a drive-thru-focused business going into the pandemic, so it didn’t get some of the cost cut benefits that rivals like Wendy’s and McDonald’s received when they closed their dining rooms.

So, while the company might have been less impacted by the pandemic than others, it still likely suffered sales declines in March and April. And it still has to pay for personal protection equipment and things like plexiglass and likely is paying higher costs for beef and labor, but hasn’t had much of a benefit from a reduction in service.

Still, the pandemic is hurting chains that were in trouble to begin with, and Checkers certainly qualifies. Its main problem is financial wherewithal. The company had a lot of debt, and that debt was troublesome even before anyone heard of a coronavirus.

Checkers and the smaller Rally’s were in growth mode in 2017, when the private equity group Sentinel Capital sold the company to Oak Hill Capital Partners. The deal was valued at $525 million.

For Oak Hill, the timing was terrible. Sales plunged the next year. So did profits.

System sales over the past three years have declined 2.1% at Checkers and 5.5% at Rally’s, according to data from Restaurant Business sister company Technomic. The companies have been gradually selling company-owned restaurants in both brands to franchisees.

Last year, Oak Hill invested $25 million in the brand. Yet some of the company’s lenders suspended interest payments on the company’s loans—which Moody’s Investor Service defined as a default.

That prompted a downgrade in Checkers’ bond rating last September. At the time, Moody’s called Checkers’ capital structure “unsustainable in its current form,” suggesting that it would “ultimately seek a debt refinancing that would include some impairment to the lenders.”

In other words, Checkers was struggling well before the pandemic. Indeed, just before said pandemic truly hit U.S. shores, the chain was named by Fitch Ratings as a potential candidate for a bankruptcy filing.

In February, longtime Checkers CEO Rick Silva left the company, and was replaced by Boston Market’s former chief, Frances Allen, who called Checker’s and Rally’s “a unique brand with so much potential for growth.”