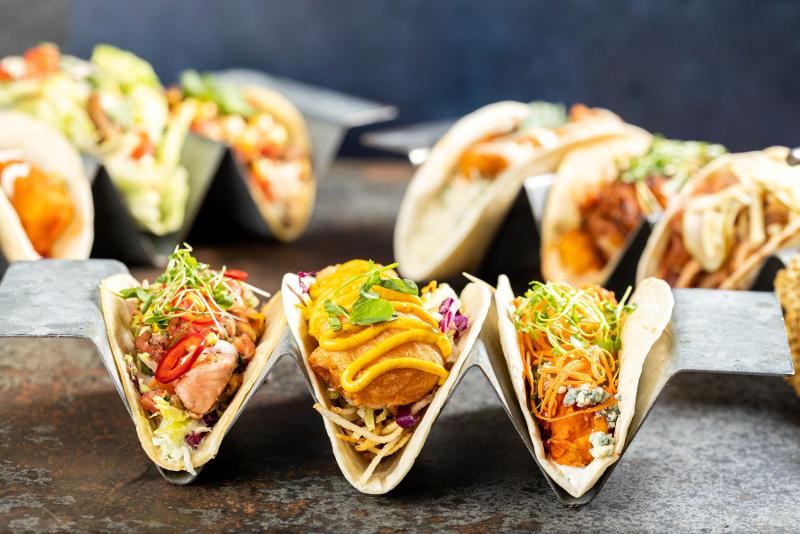 Velvet Taco now has a menu that only its loyalty members can access. / Photo courtesy of Velvet Taco

Velvet Taco has released a secret: a new menu only accessible on the company’s loyalty app.

The Dallas-based restaurant has collaborated with Thanx, a guest engagement technology provider, to add “The Backdoor ‘Secret’ Menu.” It features tacos like Nashville Hot Chicken, the Hangover Burger and the Black & Blue Burger. These items came from the brand’s Weekly Taco Feature menu, called the WTF.

The secret menu is hidden from third-party apps and can only be ordered by guests dining in or using the Velvet Room mobile app.

The company said it collaborated with Thanx to offer non-traditional discounts and reward guests for their loyalty. “We found a partner in Thanx because they were equally as passionate about building a program that improved our bottom line without relying on traditional discounts and instead moving towards offering exclusivity and access to our guests,” said Cassie Cooper, Velvet Taco’s director of marketing.

The loyalty app was launched in November 2021 and provides a tiered, visit-based program with unique offerings and VIP experiences the company said diverge from traditional discounts. The app also assists with capturing guest data, offering insights into behaviors and spending patterns.

Velvet Taco has also launched a new reward, the chance for customers to win a trip to Dallas and participate in a taco tasting. The company said the more points earned through the app, the better chances customers have of winning the trip. These programs aim to incentivize ordering directly over the use of third-party services.

“We are excited about the additional loyalty perks we can now offer our fans through the mobile app, which has proved successful especially in locations with drive-thru or pick-up window locations by allowing them to order off-menu without having to come inside,” said Cooper.

These initiatives come at a time of growth for Velvet Taco. According to data from Restaurant Business’ sister company Technomic, Velvet Taco saw sales grow 38.5% from 2020 to 2021.

The brand also appears to have outgrown its headquarters. In June, Velvet Taco said will later this year move into a new headquarters, one that is nearly five times bigger than the previous location. Additionally, last November, Lenord Green & Partners purchased a majority stake in the company.