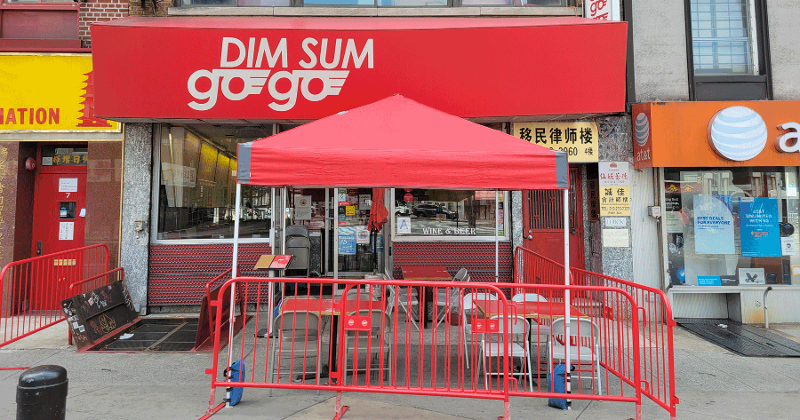 Earlier this week, two Asian women were sitting outside a cafe in New York City’s Chinatown when a passerby came up and slapped one of them across the face.

Such random acts of violence against Asian Americans have been on the rise over the past year, especially in cities with large Asian populations, like New York, Los Angeles and San Francisco. The Stop AAPI Hate reporting center recorded 3,795 anti-Asian-American Pacific Islander incidents during the pandemic, between March 19, 2020 and Feb. 28, 2021—a number Stop AAPI Hate believes to be underreported.

The acts range from verbal harassment to physical assault, and have featured some increasingly brutal attacks—including beatings of elderly Asian-Americans and recent murders in Atlanta.

The hate crimes add another layer of despair to Asian restaurateurs, many of whom suffered disproportionately during the pandemic when anti-Asian sentiment turned some consumers away from Asian-owned restaurants. Now AAPI restaurant operators around the country are getting proactive, responding to violent acts against their communities, raising money and awareness while at the same time dealing with fear for their own safety and rebuilding their businesses.

Culturally, Asian-Americans are taught to be quiet and kind of passive, said Mary Nguyen Aregoni, co-founder of Vietnamese restaurant Saigon Sisters in Chicago. Although she hasn’t personally experienced anti-Asian discrimination in Chicago, she is seeing Asian-Americans speaking up for change, “and that is a good thing,” she said.

Grace Young, a New York City culinary instructor and cookbook author, is giving a strong voice to smaller Asian restaurants. The James Beard Foundation partnered with Young on a #SaveChineseRestaurants Instagram campaign to drum up support for AAPI communities and Chinese restaurants across the country, saying “all independent restaurants are in danger of closing, and Chinese Americans have faced additional hardship as racism connected to COVID-19 rhetoric has threatened businesses even further.”

The Instagram campaign acts as a marketing force for restaurants in Chinatown and other small mom-and-pop Asian eateries, encouraging its followers to order a meal from their local Chinese restaurant and to post a photo with the hashtag #SaveChineseRestaurants, also tagging the Beard Foundation. That’s how Eric Lee, operations manager of New York City’s Dim Sum Go Go, connected with Young and saw a boost in traffic.

Asian-owned restaurants were among the hardest hit during the pandemic’s early days. By April 2020, roughly half of the Chinese restaurants in the U.S. had closed because of the pandemic, coupled with consumer prejudice and misperceptions, according to a study from credit card processing company Womply.

Dim Sum Go Go fared better than most during the pandemic because it always did delivery, said Lee, and he started selling frozen dumplings on the restaurant’s website and through an e-commerce site in Spring, 2020. By July of last year, he had set up an outdoor space and although Chinatown is still pretty empty during weekdays, business has picked up at night and on weekends.

“Many restaurants closed because their business model is old and foot traffic stalled during COVID,” said Lee.

Personally, Lee has suffered a couple of verbal abuse incidents from passersby, but neighboring restaurants have fared much worse. “Tents set up for outdoor dining have been slashed and sprayed with graffiti, while other restaurants have had their outdoor setups ruined,” he said.

Most of Lee’s staff live in the neighborhood, but he has equipped them all with pepper spray. Team members who have to commute come in earlier and leave early so they don’t have to ride the subways late at night. And now the Guardian Angels are patrolling Chinatown and escorting people to the train station, grocery store and other spots.

Michael Chen, president of fast-casual chain Pokeworks, said he purchased pepper spray for all of his family members as attacks against Asian-Americans make headlines around the country.

“Everyone in the AAPI community is on high alert,” Chen said. “Attacks are prevalent in cities that I’ve lived in or visited often, such as San Francisco and New York, and that makes me feel like any of these victims can easily be someone I know and love.”

Chen’s grandparents migrated from Taiwan to open a Chinese restaurant in Los Angeles.

“I heard countless stories of how my family faced racism, and the mentality then was to keep your head down, work hard, provide for the family. They did this phenomenal, impossible job and equipped us now with everything we need to stand up for our community.”

Jason Wang, CEO of Xi’an Famous Foods, a small fast-casual chain in New York City, told the New York Times that two of his employees had been punched in the face for no apparent reason during their commutes. He began closing some of his eight locations earlier in the evening, but many attacks are happening during daylight hours, he said.

Out in California, Bryan Law, co-founder of Thai fast casual Rooster & Rice in San Francisco and a second-generation Asian-American, is not a complete stranger to anti-Asian hate, having experienced bias growing up in the Bay Area. “We haven’t had anything directed to us at Rooster & Rice, but I’ve been following all the attacks in the area,” he said. The one that hit especially close to home was the killing of an 84-year-old man in a San Francisco neighborhood near where some of his best high school friends live. 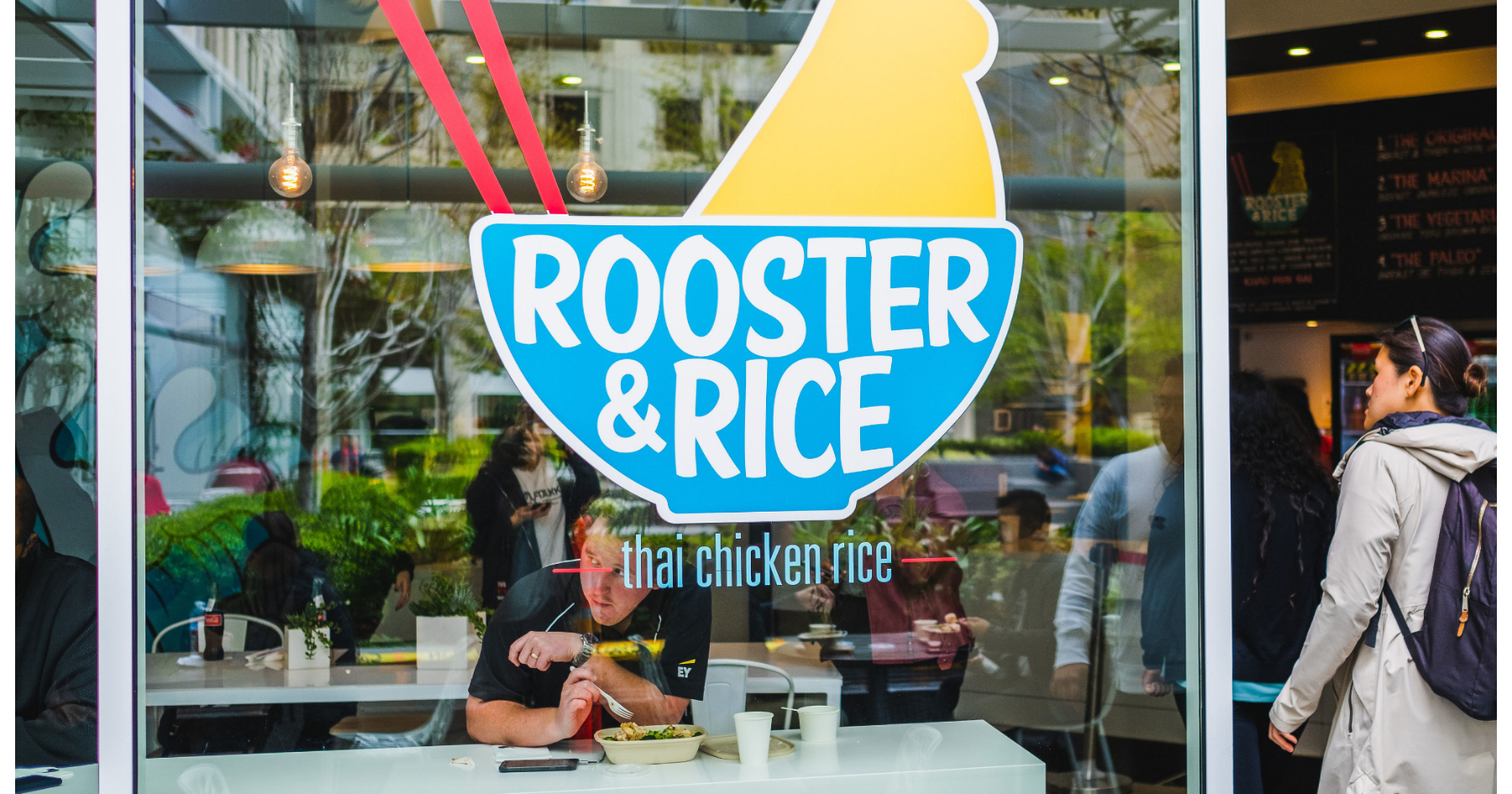 A call to action

That incident, and the spike of other Asian hate crimes in California during COVID, prompted Lew and his partner, Min Park, to take action. Rooster & Rice is now donating $2 from every meal to AAPI and Rooster & Rice is partnering with national movement Hate Is A Virus, a nonprofit community that strives to spread awareness around Asian-related racism and hate. Additionally, the partners have designated the eight restaurants currently operating as safe havens; a refuge for anyone in the community who is feeling threatened.

The five locations in San Francisco are in predominantly Asian neighborhoods and “we want to be a beacon of safety for the Asian community,” said Lew. “This is not a monetary effort. We want to help and support the Asian-American community and bring increased awareness to their plight.”

Sakura Yagi, COO of T.I.C. Restaurant Group comprising nine Japanese restaurants, is also proactively building awareness and raising funds. She banded together with a group of Taiwanese, Japanese, Vietnamese, Thai and other Asian restaurateurs in #EnoughIsEnough, a campaign spearheaded and launched by Eric Tze of restaurant 886, one of Yagi’s restaurant neighbors in New York City’s East Village.

The operators worked together to donate meals to Heart of Dinner, a nonprofit that delivers food to needy Asian seniors, and a fundraising campaign raised $76,000 in two weeks, Yagi said. Some of the funds were donated to Heart of Dinner, while others went to Chinatown associations and other organizations.

Yagi also took part in a collaboration by Asian-American culinary podcast, With Warm Welcome, to create baker’s boxes. Her Cha-An dessert shop joined with other New York City bakeries to donate treats for the boxes; proceeds from the sale went to APEX for Youth, which provides services to Asian and immigrant youth from low-income families.

Anti-Asian sentiment is not recent or surprising, said Yagi, “but the media coverage of the violence has sparked Asian-American business owners to take action.”

Restaurants can opt in to the searchable attribute through their Yelp for Business account. Yelp has similar tags for Black-owned, Latinx-owned and women-owned businesses.

Yelp said it was also hosting ongoing virtual events for its AAPI employees to help them process the recent violent events against their communities.

Chicago restaurateur Beverly Kim launched the Dough Something fundraiser in conjunction with the Asian Americans Advancing Justice (AAAJ) group. So far, dozens of restaurants around the country have cooked up dough-related specials to sell this month, with portions of sales benefitting AAAJ.

“When (Donald) Trump said ‘China virus,’ I knew it was going to get bad,” Kim told the Chicago Tribune. “It reminded me of growing up in Downers Grove. It didn’t happen all the time, but kids would tell me to go back to my country, even though I was born here.”

In Chicago, AAAJ now offers bystander intervention training “to combat the current rise in harassment and discrimination and to also proactively prepare for the future increase of hate incidents.”

Chicago restaurateur Nguyen-Aregoni sees this as a positive step, but she also believes that education is an important part of the equation. Although the origin of the coronavirus in China has triggered the current wave of anti-Asian sentiment, bias is often rooted in ignorance.

Ever since Nguyen-Aregoni opened Saigon Sisters in 2009, she has been educating guests about her Vietnamese food and culture. “That’s been my goal from the beginning, to convert people’s thinking by showcasing my culinary heritage,” she said. “In the Asian culture, you get people to know you through food.”

Fast-casual Pokeworks has not been impacted by any anti-Asian sentiment, Chen said, and he is also hopeful that food and restaurants can be gateway toward understanding other cultures.

“Food is the big universal language,” he said. “You can experience the culture but in a non-scary, non-confrontational way, and that may even spark curiosity or interest in something that wouldn’t have otherwise crossed someone’s mind.”