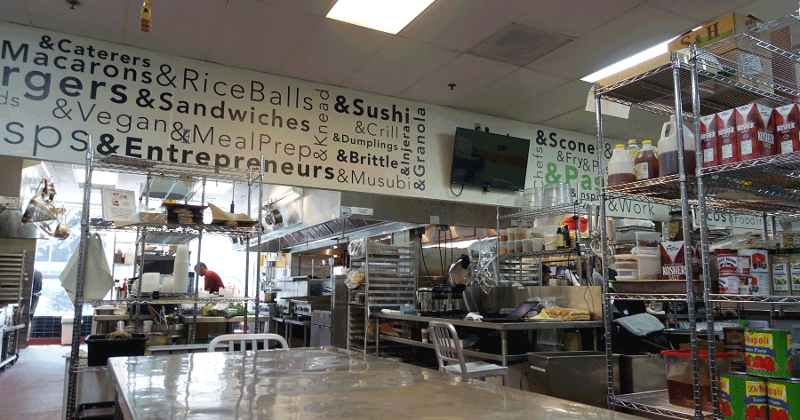 When it comes to ghosts—and ghost kitchens—seeing is not always believing.

Over the past several months, the industry has witnessed the rapid rise of the delivery-only kitchen model amid a global pandemic that has pushed more business off-premise. Restaurants have flocked to ghost kitchens in large numbers, some reporting revenue increases in the triple digits. The providers themselves have raked in funding and rolled out aggressive expansion plans, and new companies are popping up on a seemingly weekly basis.

There’s plenty of evidence that ghost kitchens are more than just a trick of the eye, a hopeful mirage for an industry in dire straits. And yet some refuse to believe.

They question the viability of the financial model, especially outside of urban centers. They worry about the disappearance of physical restaurants, the experience diners have there, and what that means for a community’s character.

It’s led some to take a cautious approach at best to the delivery-only model.

“I just am not sure if ghost kitchens can do enough volume to pay the rent,” said Fat Brands CEO Andy Wiederhorn on an episode of RB’s A Deeper Dive podcast in August. “If you normally do 25% of your business by delivery and to-go … you have to run three or four concepts out of your ghost kitchen just to pay your rent. Is that going to work for people?”

Fat Brands, which owns Fatburger, Buffalo’s World Famous Wings and Hurricane Grill & Wings, is instead pursuing a virtual brands strategy, offering food from several of its brands from a single restaurant.

Despite Fat’s skepticism, it’s not abstaining from ghost kitchens altogether. It has them in Chicago and Texas, and recently opened one in San Francisco.

“They’re interesting,” Wiederhorn said. “I just hope that they pick venues where they’re going to get enough sales and they have enough brands to make it work. Otherwise they’re spending a lot of money and it may not hold up.”

“I just am not sure if ghost kitchens can do enough volume to pay the rent.” —Andy Wiederhorn, Fat Brands

Ghost kitchens have traditionally been located in high-density urban areas surrounded by plenty of potential delivery customers. However, major providers such as Kitchen United believe the model can work in secondary and suburban markets as well.

“We have very strong data points to suggest that our business model will continue to thrive in suburban areas,” CEO Michael Montagano said in an interview with RB in October. The company has facilities in Austin, Texas, and Scottsdale, Ariz., two markets Montagano considers more suburban.

Some restaurants are not so sure. Domino’s, whose delivery- and takeout-only outlets were ghost kitchens before there were ghost kitchens, is not worried about the new model encroaching on its business because of the pizza chain’s large footprint.

“When I hear about virtual kitchens or cloud kitchens, they could maybe make sense for a city where there’s a lot of geography together,” said COO Russell Weiner on a call with investors last week. “But not only is Domino’s developed in urban areas, but in second city and rural areas. And I don’t think that concept works” there, he said, according to a transcript on financial services site Sentieo.

“You’ve got to be close to the customer to make delivery work,” CEO Ritch Allison said, according to Sentieo. “The further you get away from the kitchen, your costs go up and your quality goes down. So if you’re going to have ghost kitchens in [Los Angeles], you need 300 of them.”

“For us, being visible is important. Our ghost kitchens didn’t work because of that need for visibility.” —Damola Adamolekun, P.F. Chang’s

Ghost kitchens also tend to be in less-trafficked areas with little or no customer-facing branding. Some feel sacrificing their physical presence in favor of a lower initial investment isn’t worth it.

“Your restaurant does two things. It acts as a flag or a beacon, and then it’s a food facility and it produces food for the consumers,” said Carl Howard, CEO of Fazoli’s, in an interview with RB in August.

Fazoli’s has tested the ghost kitchen waters: A franchisee opened the chain’s first such location in Atlanta over the summer. But Howard is not entirely sold on the idea, and is currently more interested in adding physical locations and expanding a virtual wing brand to optimize existing real estate.

P.F. Chang’s Chinese Bistro, which is known for its elaborate restaurant exteriors, found that ghost kitchens muted that experiential element.

“For us, being visible is important. Our ghost kitchens didn’t work because of that need for visibility,” said CEO Damola Adamolekun in an interview with RB this month. Chang’s is instead focusing on developing P.F. Chang’s To Go, a delivery and takeout concept that will have a consumer-facing storefront and minimal seating.

Meanwhile, as the pandemic drags on and independent restaurants struggle mightily, there’s fear that a migration to ghost kitchens could damage the culture and flavor of communities, so much of which relates to dining.

“They’re going to cut down the vibrancy,” said Shane Bemis, a restaurant operator and former mayor of Gresham, Ore., during a panel of mayors and the restaurant industry’s lead lobbyist last month. “That’s something that local governments need to talk about.”

“I can see the appetite to sort of innovate in different models,” said Sarah Crozier, communications director for small business advocacy group Main Street Alliance, in an August interview. “But if we move away from those places of social gathering completely, we’re really looking at a fundamental change in the fabric of our communities. And the question is, what is that balance?”

Jonathan Maze and Peter Romeo contributed to this report.