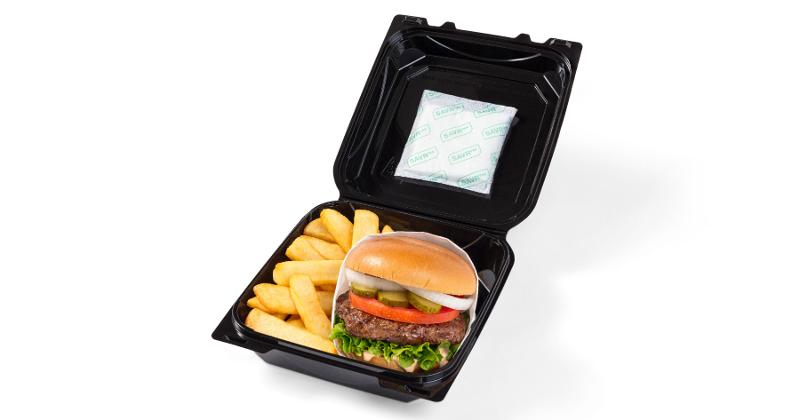 Is this little patch the future of food packaging? 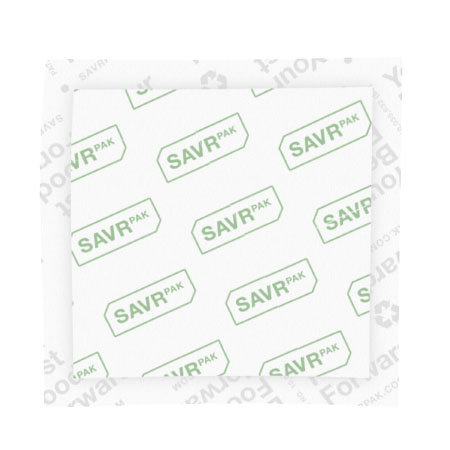 Mark Cuban thinks so. The investor and entrepreneur led a $3.5 million funding round for the technology from SAVRpak that promises to keep to-go food fresher by reducing moisture inside the box.

Originally developed by aerospace engineer Bill Birgen for his own lunches, the peel-and-stick patch pictured above is made of paper and plant-based pulp. It can be applied to the inside of a clamshell, pizza box, paper bag, or other packaging, where it absorbs moisture and keeps it away from the food. The patch can reduce humidity by as much as 45%, the company said.

If that's true, it could be a game-changer for the growing delivery industry that has been nagged in part by soggy food. DoorDash has already placed an order with SAVRPak and plans to begin offering the patches to restaurants as one of its packaging options.

"SAVRpaks make food stay fresher, longer while retaining its great taste, all at a price that is affordable," Cuban said in a statement. "It's a unique combination that will change the presentation and delivery of food forever."

About that affordability: Cost per unit will vary depending on quantity, but restaurants can add a patch to a meal "for the cost of a few ketchup packets at most," according to a SAVRPak representative.

The company based in San Juan Capistrano, Calif., will use the Series A funding to ramp up production to 50 million units a month as well as develop applications for the agriculture, grocery and consumer markets.

It joins Nextbite's roster of about a dozen delivery-only brands, including HotBox by Wiz featuring rapper Wiz Khalifa. The company last month hired a VP to head up its celebrity concept business.

Paytronix now integrates with Google food ordering. Restaurants that use the supplier's Order & Delivery product can begin accepting orders through Google's Search and Map platforms. Their Google listing will be accompanied by an "Order Online" button that will allow customers to place an order directly from Google.

Google is an intriguing ordering channel for restaurants because it is many consumers' first stop when searching for food.

GoTab takes its ordering platform to food halls. The cloud-based product will allow customers to order ahead for dine-in or takeout from multiple restaurants, as well as order on-site by scanning a QR code at their table, on a single ticket. The platform debuted recently at Union Market in Washington, D.C., where six of the food hall's restaurants are using the technology.

The company promises fast and easy setup and the ability to update menus in real-time. It is coming off a $6.5 million funding round.

DoorDash extends perks to more Chase customers. Users of most Chase co-brand cards will get a year of free access to DashPass, the membership program that waives delivery fees on orders over $12. It normally costs $9.99 a month. They'll also get 5% in DoorDash credit on pickup orders.

Chase Sapphire Reserve and Preferred cardholders already get this benefit; now it's being expanded to more cards. DoorDash places a high value on its more than 5 million DashPass users, saying they show higher levels of engagement and retention.

In case you missed it...

Cryptocurrency is catching on at restaurants.

Uber Eats is teaming up with Gopuff to expand its selection.

The maker of Flippy is now selling the software behind the bot.