Mobile loyalty programs are popping up faster than dandelions in springtime, even though just over one third of consumers (36 percent) say they participate in a restaurant-based loyalty program, according to a Technomic Market Intelligence Report on loyalty marketing. However, notes the report, 80 percent agree they would sign up if the restaurant they visit most often offered a program. 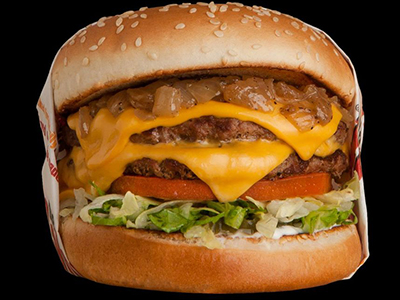 “We’ve come a long way since the 10th-meal-is-free punch cards,” says Darren Tristano, Technomic executive vice president. “Consumers are now receiving rewards via email, apps, social media and on their smartphones. As mobile marketing continues to evolve, so will loyalty marketing. Its direction may be unclear, but the need to recognize and thank loyal customers will always be there.”

Taking note of the burgeoning mobile payment trend as well as the increasing number of website hits originating from customers’ smartphones, Habit Burger Grill implemented a white-label app from LevelUp in its Sacramento market location. LevelUp, a mobile payment program, also runs customer loyalty and acquisition programs and collects customer data. The fast casual plans to roll out the program to additional sites throughout the year.

Habit Burger Grill doesn’t typically do reward programs—with its signature charred burger selling for $2.95, the concept instead relies on its everyday low prices to entice customers.

“What we wanted to do was leapfrog that old school technology of having a magnetic swipe loyalty card and go straight to having our customers transact with us through mobile devices,” says Mike Mirkil, VP of marketing for Habit Restaurants LLC, who owns the Habit Burger Grill franchise. “We wanted our customers to be able to pay with their mobile devices and earn rewards.

Habit Burger also wanted to be able to more readily engage with customers, monitor customer loyalty data and then ultimately bring those customers into the concept more often.

Via Facebook and an in-store promotion at the Sacramento location, customers were enticed to download the LevelUp app with the offer of a free burger. Once they signed up for the app, Habit Burger was able to see how much customers spent. “This gave us a lot of back end data that we never had before on our customers,” says Mirkil.

The Sacramento location, also with the help of LevelUp, implemented a “Free Coke Campaign,” held over a 21-day period. More than 30 percent of customers who claimed the free Coke offer—sent via email—redeemed it at the Habit Burger Sacramento location.

This was phase one of the test. In Sacramento, where Habit Burger is well known, the reward program was centered on the concept. “As we move forward to other markets where both Habit and LevelUp have greater brand awareness, then it will be both LevelUp and Habit driving the campaign,” explains Mirkil.

“LevelUp has a presence in San Francisco, so in the next phase of the test we will use that brand awareness, tapping into consumers who have the LevelUp app but aren’t aware of Habit Burger.”