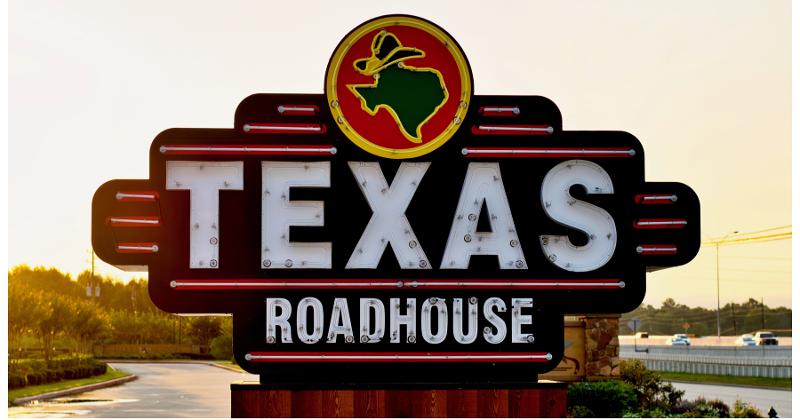 With dine-in business rebounding faster than staffs can be rehired to handle it, Texas Roadhouse has raised menu prices by an average of 1.75% to offset the upward pressure on wage rates.

Management also updated its projections for food inflation for 2021 to 4%, compared with the earlier guidance figure of 3%. Executives cited increases in the cost of proteins and oils as the primary drivers of the expected rise.

The update on costs echoes the recent experiences of other casual-dining operators. Many say that staffing has become a bigger problem than rebuilding sales, a result of employees leaving the industry or living off unemployment and stimulus payments instead of working.

In previewing sales for the second quarter, Roadhouse said its namesake restaurants took in an average of 20.9% more sales during April than they did in the same period of 2019. The parent company did not break out same-store sales for its second full-service brand, Bubba’s 33, but new CEO Jerry Morgan said in an aside that Bubba’s sales and profitability are above pre-pandemic levels.

Units are getting plenty of applications, Morgan indicated. But the would-be hires don’t show for their interviews, a complaint that competitors have also aired. The consensus is that those individuals want to prove they’re job hunting to preserve their sweetened unemployment benefits.

The analysts’ call was the company’s first since the death of founder, chairman and longtime CEO Kent Taylor. Morgan was appointed CEO following Taylor’s suicide after a bout with COVID-19 that left him with severe tinnitus, or a ringing in the ears.

“Emotionally, the last six weeks have been extremely difficult for us,” Morgan said at the beginning of the conference call.  “In typical Kent fashion, he left us with a company built for success and a clear path forward. Kent will be deeply missed, but his legacy and his vision will remain firmly engrained in our culture and how we will run the business going forward.”

One analyst asked Morgan if he was up for the job of succeeding Taylor, or did he need a second-in-command?

“We know that Kent did more than most could,” Jeffrey Bernstein of Barclays Bank said to Morgan, according to a transcript from the Sentieo financial service. “After all, he brought you in to help him. I would think you would need somebody to do the same.Just trying to think about how you think about leadership going forward, whether there's any change to be perhaps expected?”

“Come on, man, what kind of question is that?” responded Morgan, who had been hired as president of Roadhouse shortly before Taylor died.

He explained that he might not be able to deliver the unscripted quips and comments for which Taylor was known, even in his dealings with the financial community. “But I will tell you that my philosophy is in my conversations with Kent when he promoted me to president.”

True to Taylor’s approach, Morgan said he would oversee the further development and eventual rollout of Jagger’s, the drive-thru fast-casual concept that Taylor was giving his firsthand attention. Three units are currently open.

“The box is pretty well designed,” Morgan said of the venture. We have a couple of processes or prototypes that we're looking at to help with our to-go execution.”

Overall, the company is looking for expansion of 25 to 30% in 2021, with the exact increase hinging on how many Texas Roadhouse restaurants it develops. And that relates to labor again, said CFO Tonya Robinson.

“There's more to development than just finding the sites. It's finding the people, and those management teams are so important,” Robinson said.  “You don't want to just open restaurants because you got a piece of land to do one on. You want to make sure you've got the team and people are ready to go.”