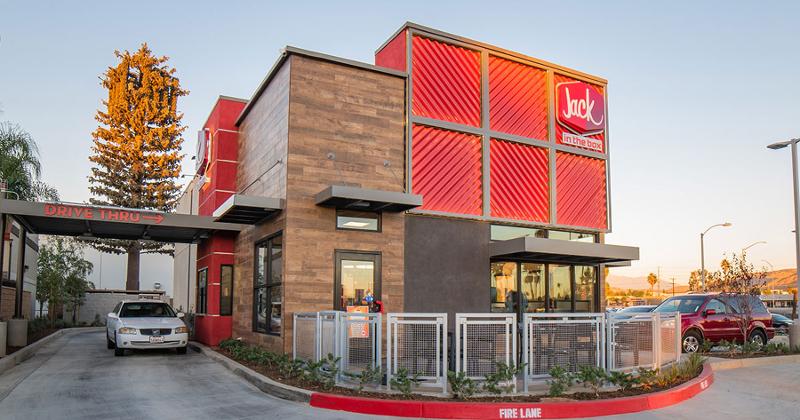 Photo courtesy of Jack in the Box

Over the past few weeks, many fast-food restaurant operators have stepped back from the ledge they were on less than two months ago.

In March, the quick-service business was in panic mode like everyone else. As states shut down dining rooms and restaurants complied and sales fell like a brick, many operators were scared they wouldn’t be in business for long.

That fear was justified. Nobody had any idea what was going to happen in the coming weeks, and so companies took the right steps in delaying royalty and rent payments for franchisees while hoarding cash and finding efficiencies.

Since then, sales have largely rebounded, and many chains have fully recovered most if not all of their pre-COVID-19 sales levels. Popeyes’ same-store sales surged back to their 30% range by late April. Jack in the Box just said its same-store sales were up 8% last week. Mexican chain operators were overwhelmed with business on Cinco de Mayo. Numerous operators said their sales are up now over last year’s levels. Add lower costs as many chains are just operating through the drive-thru and you get a business that, at least in May, appears to be more profitable.

The question now, much like it was back in March, is whether these sales levels are sustainable. Some executives believe they are. “I can’t imagine as dining rooms open and we have the opportunity for more capacity that we would lose momentum,” Jack in the Box CEO Lenny Comma said Thursday.

Certainly, there are some reasons for quick-service operators to be optimistic about the next several months.

First, U.S. consumers remain accustomed to spending a certain percentage of their food dollar at restaurants. That’s as important a consideration as anything else.

Before the coronavirus reached the U.S., consumers here spent about half of their food dollar at restaurants. Everything about the food supply chain was built on this idea, from farmers to production facilities to distributors to the retail touchpoints.

When restaurants were shut down, a huge portion of that chain was shut down with it, and food demand shifted to grocers, which struggled to meet it. As they grew accustomed to the shutdown, however, consumers shifted their spending back to restaurants, using “safer” strategies such as delivery, drive-thru and curbside service.

That alone suggests sustainability in the business. The simple fact is, consumers are accustomed to getting some of their weekly meals at a restaurant. While restaurant sales tanked amid the shutdown—and remain down considerably overall—at least some of it has returned to a more natural state.

What’s more, the economy is in the dumps. Huge numbers of people were rendered jobless because of the shutdown, and the aftershocks of that shutdown are still being felt. A weak economy typically works in fast-food restaurants’ favor as consumers shift spending toward cheaper options.

At the same time, fast-food operators should remain cautious going forward. In fact, there are reasons to suggest that this boost isn’t quite as sustainable as some people believe.

First, a lot of it has come from federal stimulus dollars. Many Americans are still receiving $1,200 checks from the federal government. And many of the unemployed are receiving stronger-than-normal unemployment benefits.

Combined, these efforts have reduced, at least for now, the financial hit that Americans would have taken otherwise. Consumers with more money in their pocket frequently spend it at restaurants, and the shutdown has eliminated a lot of other spending ideas.

But those stimulus dollars will run out. Once they do, so does the extra spending.

Another factor is supply. The simple fact is, fast-food chains have been open. With 40% or more of the restaurant supply closed at one point, those that were open received whatever demand there was, and as that demand started returning, fast-food chains got a benefit.

As more supply opens, though, that demand gets spread further as consumers return to more local concepts.

And then there is this: Consumers used restaurants at least in part because they wanted to get out of the house, even just via the drive-thru. As the pandemic shutdown eases, for better or worse, that element goes away with it.

None of this is to suggest that fast-food sales will suddenly tank again. But it’s worth reminding operators that we remain in an economy that is highly volatile and subject to wild swings one way or the other.

And we are still in the midst of a pandemic that, despite any reopening, doesn’t appear to be exactly going away. At this point, anything can happen, and operators should be prepared for that.