The pandemic has done funny things to our perception of time. In some ways, it feels like we’ve been living with the virus for decades; in others, it might as well still be March.

That got us thinking about all the restaurant news that happened during that roughly two-month period when the U.S. remained blissfully unaware of COVID-19.

In some cases, the pandemic put a stop to promising trends for places like Popeyes and the industry as a whole. But it also helped bury some not-so-sunny storylines that threatened to become persistent nightmares for their respective chains.

Here’s a look back at the top stories of the before times.

The damage done to the industry this year was made all the more acute by the fact that restaurants got off to such a good start. Same-store sales rose at their highest rate (2.3%) in more than four years in January, according to Black Box Intelligence, which attributed the growth to warm weather. The industry also added 24,400 jobs that month.

“Consumer confidence remains extremely high, the unemployment rate is at historic growth, and while wage increases are moderating, they are still decent. Thus, the forecast for modest gains this year in restaurant demand remains in place,” Joel Naroff, president of Naroff Economic Advisors and a Black Box economist, said in a statement in early February. A little over a month later, the pandemic rendered that forecast irrelevant.

A Restaurant Business investigation published in January illuminated the problems plaguing what was once the fastest-growing small chain in the U.S. It led to lawsuits, limits on Burgerim’s activity in some states and calls for an FTC investigation, and added to a growing push for more franchisor regulation. While the pandemic provided the company some cover, it likely did nothing to help the hundreds of franchisees who signed contracts with Burgerim but never even opened a restaurant. 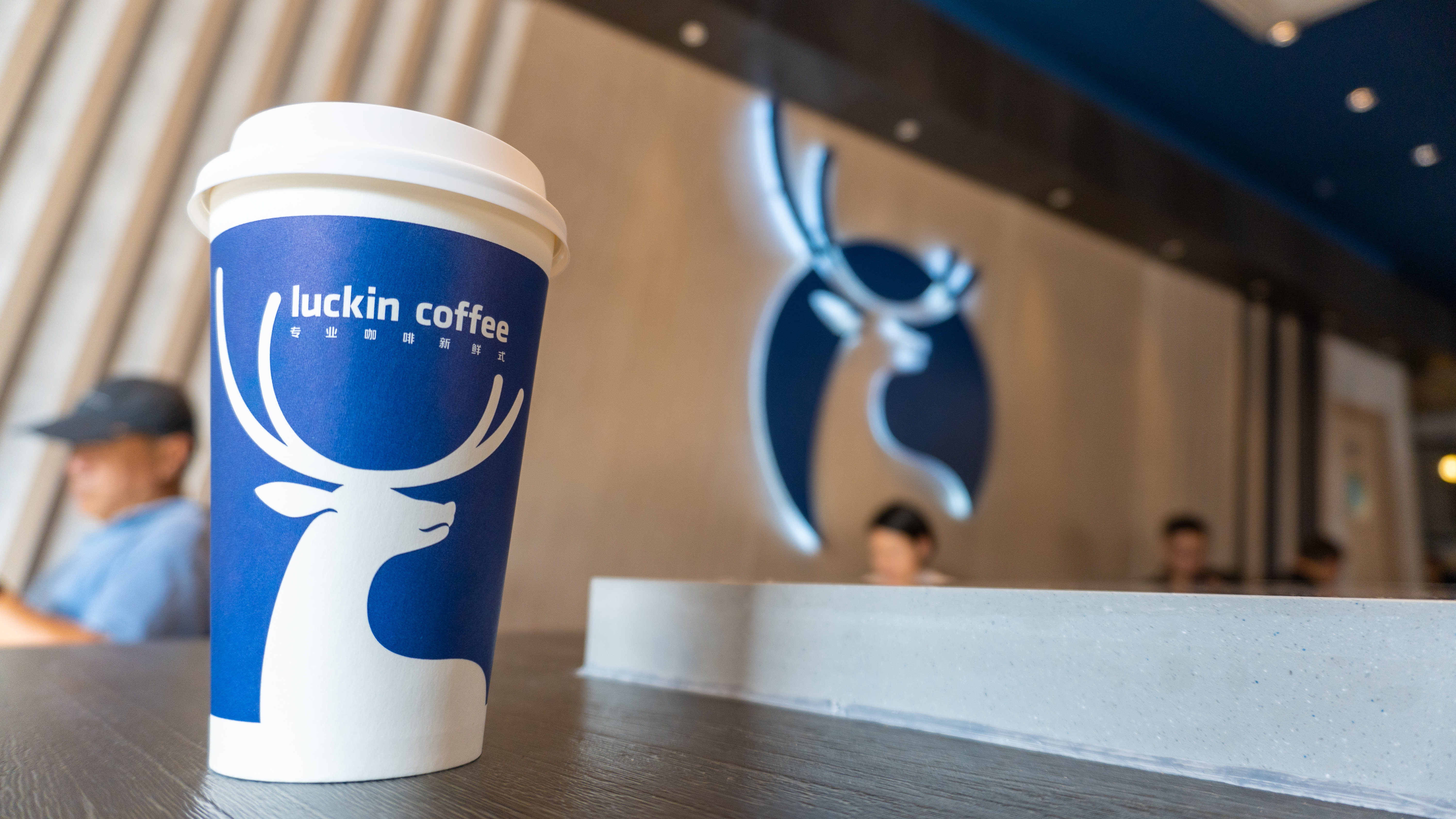 Chinese coffee chain Luckin is another fast-growing brand that saw its fortunes sour in early 2020. In February, investor Muddy Waters Research alleged that the company had inflated some of its numbers. Luckin initially denied the allegations, but in early April it admitted to fabricating $310 million in sales, or about 41% of its 2019 revenue. It went on to fire its CEO and COO and agreed to pay a $180 million SEC fine to settle fraud allegations.

In November 2019, McDonald’s fired its CEO over what it said was a single, consensual relationship with an employee and named Chris Kempczinski his replacement. The fallout stretched over the next several months, including reports of a “party culture” at McDonald’s headquarters, a new chief people officer and a failed attempt by investors to oust Chairman Enrique Hernandez over Easterbrook’s separation agreement.

And even the pandemic could not suppress McDonald’s allegations in August that Easterbrook’s affairs extended beyond the one employee.

Here’s a timeline of the whole dispute. 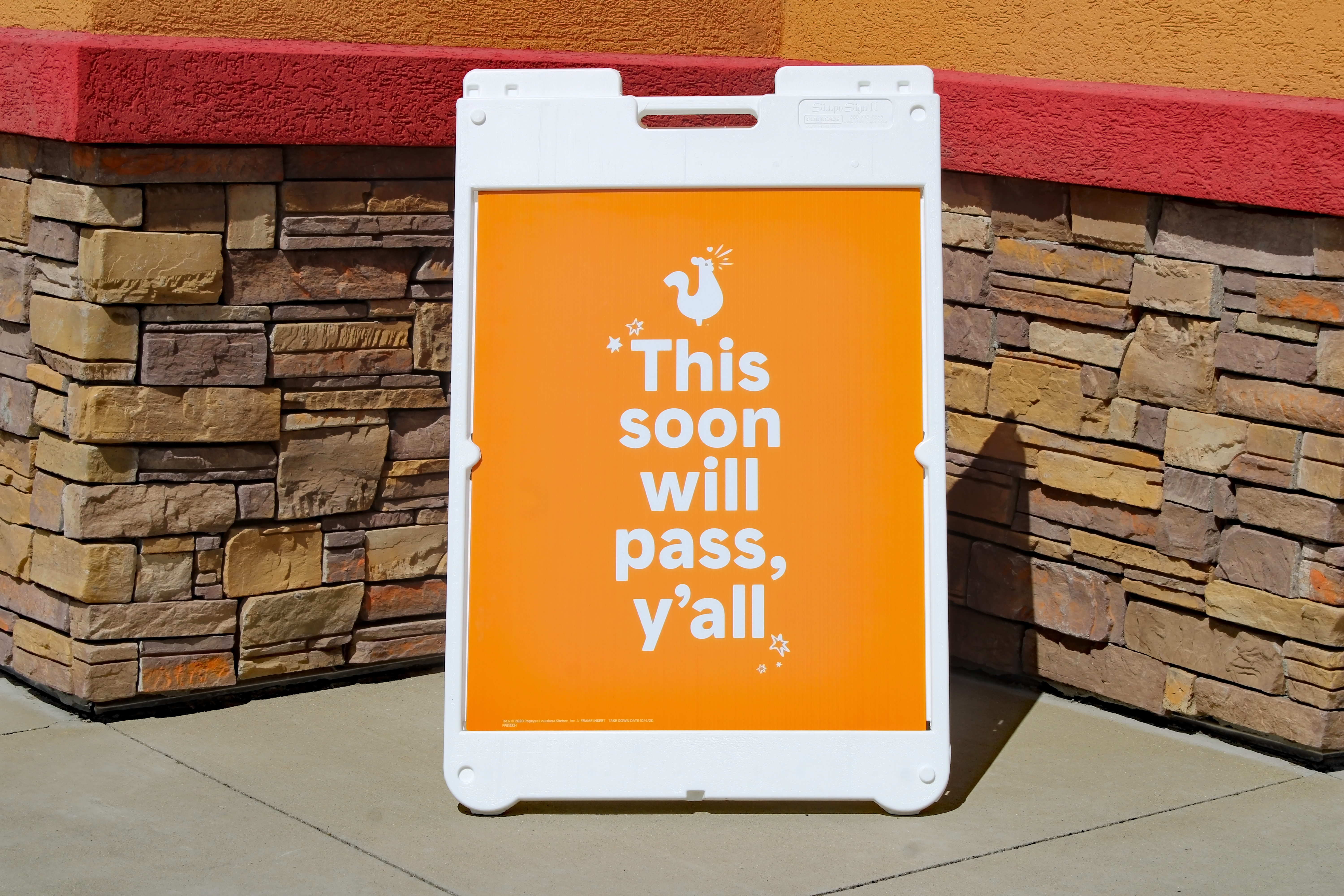 The chicken chain began 2020 coming off an otherworldly fourth quarter in which same-store sales increased by 38%.

It was the biggest sales jump for a publicly traded chain of its size since at least 2007, with the next closest being Chipotle’s 19.8% rise in Q3 2014. And it was all thanks to a single item: a chicken sandwich that the word “popular” doesn’t even begin to describe.

The results made the chain one of the hottest topics in the industry in February. Would it be able to top those astounding numbers? Was the success too much too soon? Should it spin off the sandwich into its own brand?

Alas, the pandemic rendered those questions moot, at least for now.

A rash of bankruptcies

Lost in the many pandemic-induced bankruptcies is the fact that a number of chains declared bankruptcy even before that went down—including three in one week in January. The reasons for those filings varied, but operational challenges and increasing competition were common themes. When March rolled around, restaurants faced a whole new set of hurdles that led dozens more down the path to bankruptcy.

A January column on the subject by RB Editor-in-Chief Jonathan Maze included this eerie prediction: “Darden Restaurants CEO Gene Lee said that more restaurants will go under during the next recession than in the last one. We agree.”