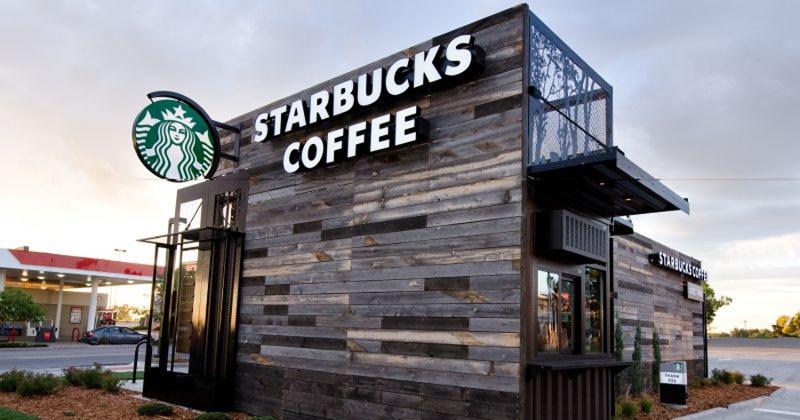 The list of things likely to be permanently changed by the coronavirus pandemic ranges from menus to liquor laws. But perhaps one of the most obvious differences will be the look and layout of restaurants themselves.

Dining rooms will shrink, drive-thrus will spread (even to casual dining), and more restaurants won’t look like restaurants at all, operating instead as ghost kitchens with little or no visible branding—all in service of the surge in takeout and delivery.

The pandemic has only accelerated some of these moves. Last month, Starbucks said it will speed development of takeout-only Starbucks Pickup stores to satisfy the growing demand for takeout. It will close up to 400 locations over the next 18 months to make it happen.

“Our vision is that each large city in the U.S. will ultimately have a mix of traditional Starbucks cafes and Starbucks Pickup locations,” CEO Kevin Johnson said in a letter. “Starbucks Pickup stores will provide more points of presence to better serve ‘on-the-go’ customers while reducing crowding in our cafes, thereby improving the ‘sit-and-stay’ experience for ‘third-place’ occasions.”

The coffee giant also plans to relocate many of its mall locations to drive-thru units.

Andy Stern, co-CEO of Aurify Brands, expects to see fewer traditional restaurant formats being built, at least for a while. His company is considering entering new markets with large flagship stores along with “depot” stores with much smaller footprints.

“It’s going to be a tough couple of years to make the case that you can build the way you used to,” he said in an interview.

Ghost kitchens, facilities intended solely for delivery and catering, have also taken off since the pandemic began. Because they are not consumer-facing, ghost kitchens can be located in areas with less foot traffic, and have no signage, seating or other trappings of a traditional restaurant.

“It has proven to us that this model can be extremely successful,” Al Hank, the chain’s senior vice president of operations, told Restaurant Business in May. “We’ve already begun expansion efforts.”

Even some casual-dining brands are planning to tweak their formats to foster off-premise business.

Buffalo Wings & Rings, a 57-unit sports bar chain, has been thinking about smaller restaurants with more off-premise capabilities for about two years, said CEO Nader Masadeh on a webinar hosted by RB on Tuesday.

These locations will feature a valet-like drive-thru in which guests pull into a covered patio area where staff deliver food to their car, he said.

They’ll also have dining rooms that are smaller by 1,000 square feet, with about 150 seats instead of the usual 200. Dine-in guests will have a choice between traditional service and self-service, he said, and will be able to order and call waiters digitally.

Changes will include a more robust curbside operation and kiosks and counters for ordering. The 61-unit barbecue chain also recently opened its first ghost kitchen, in Chicago.

“My view is that there’s an opportunity for casual dining to really pick up this torch and evolve the way we do business,” O’Reilly said.