When the ball dropped in Times Square to close out 2013, a number of new obligations simultaneously fell on restaurateurs’ shoulders. Here’s a sampling of the restaurant-relevant laws and regulations that went into effect with the New Year. 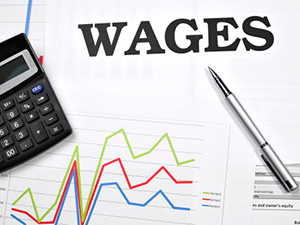 Tip-vs.-wage changes. Tips automatically added to restaurant guests’ tabs, the convention with large parties, will now be regarded by the Internal Revenue Service as wages (technically “service charges”) rather than gratuities. That means operators will have to withhold a portion of the employees’ take for FICA and other payroll taxes. Restaurateurs are widely expected to lessen the headache by no longer adding a 20 percent gratuity to the checks of large groups or banquet customers. Red Lobster and Darden Restaurants’ other brands say they’re already considering a change in their tip policies for large groups.

Texas’ drink-tax horse trade. The good news: Restaurants in the Lone Star State no longer have to pay the state a 14 percent levy on liquor and mixed drink sales. The fee has been lowered to 6.7 percent. But, in a corresponding move favored by the Texas Restaurant Association, the state’s 8.25 percent sales tax will be tacked onto patrons’ bills. The TRA has praised the set-up for being more transparent to customers than putting the tax on restaurants, which then factor the charge into their pricing. The sales tax was already being collected on beer and wine sales.

Old bulb shortage? In accordance with a 2007 federal law, 40 and 60-watt incandescent light bulbs can no longer be manufactured within the United States or supplied by importers. If that’s a head-scratcher, consider that resupplying 75 and 100-watt bulbs in wholesale quantities has been verboten. The objective is to gently nudge the nation toward more efficient types of bulbs. Unfortunately, many of the alternatives have a higher price tag, though they use less energy and last exponentially longer.

Higher wages. Thirteen states raised their minimum hourly wage on Jan. 1, most to roughly around $8 an hour. Nine of the hikes were the result of automatic cost-of-living adjustments mandated in laws passed years ago. The increases for the other four, including New York and New Jersey, were about $1. The nation’s largest restaurant market, California, will raise its minimum on July 1 to $9, in keeping with a law passed in 2013. The pay floor rises to $10 an hour in 2016.

Boon to brewpubs. California loosened its definition of “beer manufacturer” to include places where brewing is incidental, not the sole purpose of the facility. That should open the way for operators who held off on brewpubs because of the regulatory headaches. The new regulations also require places that fill growlers to label the container with the type of beer it contains.

More liberal family leave. Salaried employees can now qualify for up to six weeks of leave time in California. Paid leave is extended to cover time needed to care for siblings, grandparents, parents-in-law and grandchildren, as well as children and parents.