What happens when your guest feedback programs insist your customers love you, but your restaurant is empty? That was Terry Smith’s dilemma when he was brought on board as consultant for Texas Steakhouse in 2008. Tasked with turning around the failing operation, and taking on the role of president three months later, Smith repositioned the brand by revamping the menu and marketing, and taking a hard look at its guest feedback programs—comment cards, marketing surveys, mystery shoppers—all of which reported that the chain was doing a good job. The reality though, was undeniable—guests were still “deserting us in large numbers; what we were seeing statistically wasn’t matching up with what was happening on the ground,” says Smith. 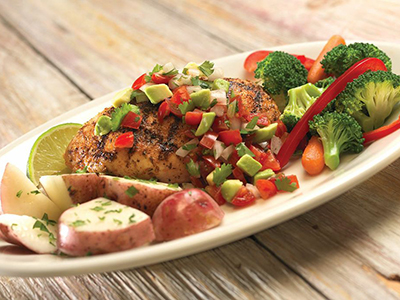 The question management asked themselves, is "Why is the guest telling us we are doing a great job and not showing up?”

Smith threw out all of Texas Steakhouse’s guest feedback programs and started from scratch. It was obvious to management that the data they were getting wasn’t hitting the mark. A marketing program, called “Tell Terry What You Think” was launched.

Smith responded to each and every one of the 6,200 comments, first by phone, and then when that got too much to manage, by email and eventually the web. He didn’t focus on the customers with negative experiences; instead, Smith looked to the concept’s ardent supporters, those who rated the operation a 9 or 10, asking them ‘how can we improve, how can we make sure you come back again and again?’

“A lot of times guest feedback programs focus on the negatives,” says Smith. “They take a guest who is very dissatisfied and then go all out to get that guest back, maybe sending a gift card or a coupon as an enticement. In effect, you’re paying more attention to those who aren’t happy with their experience. The loyal guest is unappreciated, and they are the ones who over time grows dissatisfied if you don’t address their concerns.”

The concept is simple in its essence—taking the info offered by your most loyal guests on how to improve your operation—be it the quality of food, appearance, speed of delivery—and use it to actually improve the operation.  The data gathered by Qore Analytics is based on five questions answered by the customer.

The key is having the manager respond to their loyal customers’ complaints. “If you listen to your advocate and do want they want; you will see positive results,” says Smith. “Often they will give you a specific example: ‘in your restaurant, all of your air vents have dust on them, it was gross.’”

Adds Smith, “My thought was if we do this, if we improve, then guests will be happier with our concept, come more often and recommend us,” says Smith. “If they do recommend us, then we will get more first-time guests. Our frequency will go up as new guests come.”

The plan worked. Sold to CB Steaks, Inc. in September 2012, Texas Steakhouse continues its fast track improvement program: menu development is now centered on holistic Texas cuisine, such as the Chicken Vera Cruz,  LTOs are rolled out every six weeks and kitchen upgrades are occurring in all 19 locations.