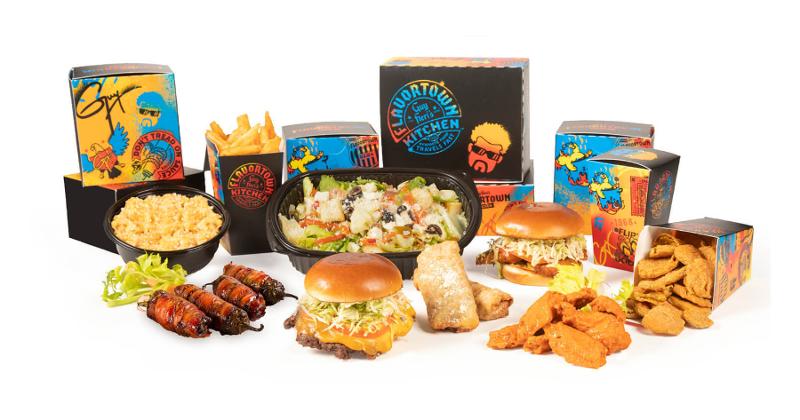 Guy Fieri launches a virtual brand. Guy Fieri’s Flavortown Kitchen is in a soft opening phase, but already has 1oo locations in 23 states and the District of Columbia, according to its website. It is available on third-party apps and its own branded app for delivery only, and features an indulgent menu that borrows some items from other Fieri concepts, including The Chicken Guy Classic chicken sandwich and the Bacon Mac N' Cheese Burger.

Flavortown Kitchen is the latest addition to Robert Earl’s Virtual Dining Concept family, joining the fast-growing MrBeast Burger and other brands banking on a famous name to drive trial. Such concepts have exploded during the pandemic, as restaurants quickly add them to diversify their revenue streams while dining rooms are closed or limited.

Fieri’s concept is being produced out of Earl Enterprises locations such as Bertucci’s and Buca di Beppo for now, with a broader reach to come, a spokesperson from Virtual Dining Concepts said.

Lyft is testing delivery. Uber’s ride-share rival said in November that it was exploring the B2B delivery market, and last week confirmed that it is continuing to invest there, with pilots underway in a handful of markets.

Executives emphasized that Lyft wants to provide last-mile delivery for restaurants or other businesses, and is not focused on being a consumer-facing marketplace like Uber Eats and DoorDash.

“What we're hearing from these businesses is that they want to focus on their organic traffic and customer loyalty and that they need a broadly scaled logistics capability that doesn't compete with them for the direct-to-consumer relationship,” said President John Zimmer on the company’s fourth quarter earnings call last week.

Uber Eats partners with Waze. Users of the navigation app will now see an Uber Eats logo next to locally owned restaurants along their route, part of the delivery company’s Eat Local campaign to support independents. Waze users can click the button to save the restaurant for later and will receive a push notification around 5 p.m. reminding them of the selection.

The partnership is a first for Google-owned Waze, which as of September had about 140 million monthly users.

Grubhub drivers get grants. The delivery company revealed the 20 recipients of its $10,000 grants for drivers who are making an impact on their community. Winners include Destiny in Detroit, who plans to use the funds to support animal rescue shelters, and Mike in Birmingham, Ala., who will purchase school supplies and other resources for high school students. View the complete list of recipients here.

New York-based Sharebite allows office workers to order and pay for meals from its network of 3,000 restaurants. The meals are then delivered to the building for pickup at designated Sharebite Stations, with a portion of each order going to charity.

The deal with HqO will make Sharebite an option for owners of a combined 120 million square feet of property in the U.S. and Europe.

Fast-food chains are getting increasingly sophisticated in the drive-thru.

DoorDash acquired Chowbotics, the maker of Sally the salad robot.

Ghost kitchens are seeing new opportunities in malls and hotels.