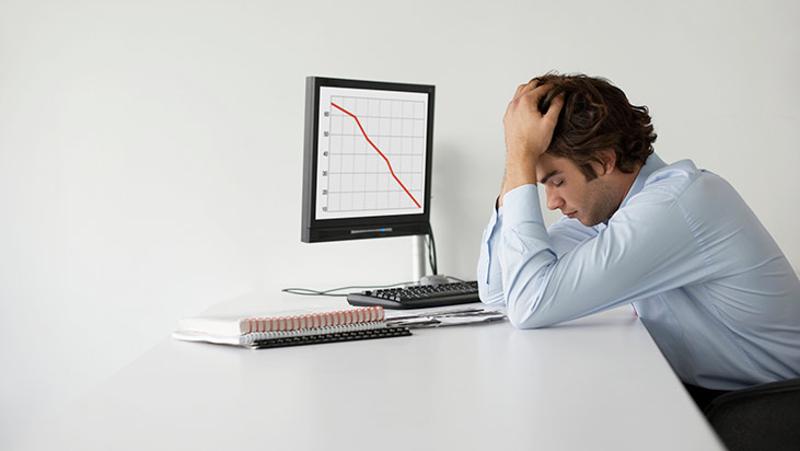 In the grimmest stretch yet in a bleak earnings season for the restaurant industry, Denny’s, Bravo Brio and Ignite Restaurant Group all posted losses for the second quarter, citing a slowdown that has some executives mystified.

Other public companies stayed in the black but showed the effects of a traffic downturn in their same-store sales figures for the three-month period.

Fiesta Restaurant Group, for instance, posted a 3.8% year-over-year decline in sales for units of Taco Cabana that have been open for at least a year. Comps for its other fast-casual brand, Pollo Tropical, slipped 1.4%.

Burger King, one of the better-performing quick-service operations in recent quarters, eked out a comp increase of 0.6%. Sister Brand Tim Hortons, which operates primarily in Canada, posted a 2.7% rise.

Applebee’s posted a 4.2% decline in same-store sales, continuing a downward trend from the first quarter.

The deepest declines have been posted by Bravo Brio’s two Italian casual-dining chains, Bravo Cucina Italiano and Brio Tuscan Grill, with drops of 8.4% and 6.4%, respectively. Bravo Brio posted a net loss for the quarter of $654,000 on revenues of $105.2 million.

Ignite Restaurant Group, parent of the Joe’s Crab Shack and Brick House casual chains, posted a net loss of $10.4 million, compared with a profit of $86,000 for the first quarter. The company cited comp declines of 6.8% at Joe’s and 6.3% at Brick House.

Denny’s, normally one of the industry’s high flyers, posted a loss of $11.6 million and a 0.5% slip in same-store sales. CEO John Miller noted that the loss reflects the liquidation of the franchisor’s pension plan, a $22.2 million charge.

Earlier in the earnings season, Bloomin’ Brands, the parent of Outback Steakhouse and Carrabba’s, posted a second-quarter loss of 8.1 million, reflecting domestic comp declines at all but its Bonefish Grill brand.

Executives of reporting companies have invariably cited macroeconomic factors as the underlying reason for a slide in traffic. But that, along with observations that easing food costs have helped profits, is about as much as their explanations coincide.

Another leading theory attributes the erosion of chain restaurant traffic to the theft of market share by independents and such alternative sources of ready-to-eat food as supermarkets, convenience stores and meal kit services.

Some contend that consumers are staying home more often because of fears of social unrest and terrorist attacks. Others maintain that the industry is suffering through a hangover from a private equity-fueled expansion binge, and some assert that the public is spending more conservatively because of concerns about who the next U.S. president might be.

Yet the U.S. Department of Commerce reported Tuesday that consumer spending accelerated during the second quarter.