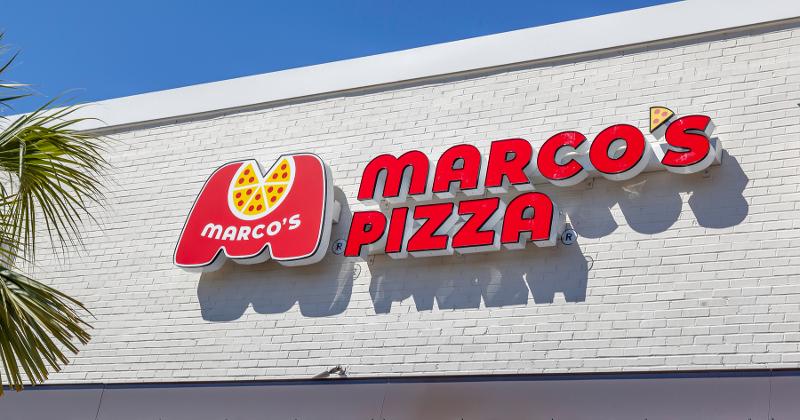 The return of the NCAA basketball tournament combined with the arrival of stimulus checks for millions of Americans made this past weekend a big one for food delivery.

In fact, some restaurants and delivery services saw record numbers.

Marco’s Pizza, for instance, had its best Friday ever in terms of order volume, and generated record sales for the week, a company spokesperson said in an email.

“March typically is a strong month for Marco’s with the excitement around March Madness,” they said. “The addition of stimulus dollars, no doubt, pushed us over the top.”

Delivery provider Grubhub also hit a benchmark Friday when it surpassed 1 million orders for a single day. (For comparison, it reported an average of 658,100 orders a day in the fourth quarter.) Pizza delivery service Slice, which works with about 14,000 pizzerias in the U.S., also saw a record number of orders Friday, the first full day of tournament games, according to a tweet from CEO Ilir Sela.

Others saw a less drastic bump.

“I wouldn’t call it a record-breaking day or anything like that, but it went well,” said Tommie Daye, owner of Tommie’s Pizza in St. Paul, Minn. Tommie’s mix of dine-in and delivery traffic stayed the same, albeit at higher levels than usual. Usually one day of the weekend is softer than others, Daye said, “but this particular weekend, every one of those three days were strong.”

Elsewhere, sales at pizza chain Hungry Howie’s were up 5.2% compared to the average weekend in 2021; for the whole week, they were up 9.8%, likely reflecting the impact of stimulus checks, a representative said.

The results come amid a moment of uncertainty for food delivery after a year of record growth. As the pandemic eases and people begin returning to dining rooms, pizza chains’ sales have begun to slow, and delivery company DoorDash has signaled challenges coming out of the pandemic. The weekend results indicate there is still plenty of demand for the service—when conditions are right.

“What we have seen is when people get money, they buy food,” said Aaron Mortensen, CMO of third-party delivery company Hungr, which saw total orders rise 25% last weekend compared to the average weekend. Sports likely also contributed to that, he said.

As of last Tuesday, about 90 million Americans had received $1,400 stimulus checks as part of President Biden’s American Rescue Plan. And those funds hit just as many were settling in for a weekend of college basketball. This year’s “First Four” games, broadcast Thursday on TBS and TruTV, had record viewership of 7.6 million, according to the NCAA. The weekslong tournament, typically a boon for restaurants, was canceled last year due to the pandemic.

Hooters and its fast-casual offshoot, Hoots, had a big weekend for both dine-in and delivery, said Sal Melilli, CEO and president of HOA, the brands’ parent company.

“Business was phenomenal,” he said, crediting both March Madness and stimulus checks for driving sales at levels exceeding the usual tournament bump. After a year under the pandemic, people were excited to get out again, in many cases to watch sports together, he said.

“We definitely had an uptick in dine-in sales for that very reason,” he said. On the delivery side, he cited customers’ “muscle memory” for the service built up over the pandemic. “I expect both numbers to continue to rise,” he said.