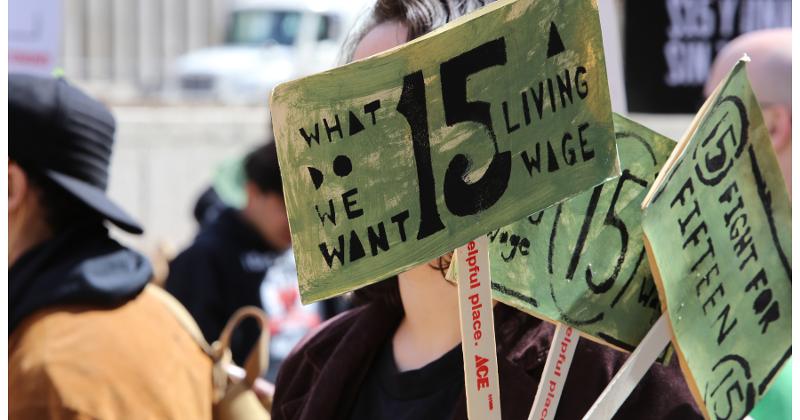 More than four out of five restaurants say their recovery from the pandemic would be impeded by the passage of a nationwide $15 minimum wage, while employees would suffer a loss of jobs and benefits, according to new research from the National Restaurant Association.

The survey of 2,000 restaurant operators, conducted during the first week of February, provides statistical support for the lobbying group’s warnings about including a wage hike in President Biden’s $1.9 trillion COVID recovery bill, which is currently being hammered out.

It specifically targets the contention of wage-hike proponents—and many in the restaurant business—that a $15 minimum wage would add topspin to the recovery of the nation and industry by providing workers with more spending money. The highlighted results include a finding that only 2% of respondents believe a $15 wage would have a positive impact on their economic recovery, as opposed to 82% who said the fallout would be negative.

The measure currently being considered for inclusion in Biden’s package, the Raise the Wage Act, would raise the federal minimum wage to $15 by 2025.

In addition, it would phase out the tip credit, a concession provided to the employers of servers and other tipped employees, by 2027.  Instead of being allowed to count gratuities as part of an employee’s pay, restaurants and other employers would be required to pay the full $15 wage to the waitstaff.

The Senate voted Feb. 5 to drop the Raise the Wage Act from the COVID recovery bill, but Democrats in both chambers of Congress have suggested the measure be reinserted. President Biden has made a $15 national wage a key objective of his administration.

Results of the association’s survey were sent to Congressional leaders this morning by Sean Kennedy, EVP of public affairs for the National Restaurant Association.

“The survey results make it crystal clear that the restaurant industry and our workforce will suffer from a fast-tracked wage increase and elimination of the tip credit,” Kennedy wrote. “We share your view that a national discussion on wage issues for working Americans is needed –but the Raise the Wage Act is the wrong bill at the wrong time for our nation’s restaurants.”

The survey indicates that, if a $15 minimum wage were adopted nationwide, 98% of restaurants would raise prices; 84% would cut jobs; an equal percentage would cut hours; 75% would trim benefits, and 65% would invest in technology that eliminates restaurant jobs.

Sliced and diced, the findings show that the financial burden of a wage more than double the current federal minimum would be felt particularly strongly by full-service restaurants, with 85% saying their recovery would be impeded, and franchisees, with 90% affected.

The research was distributed as Congress is turning its attention to Biden’s recovery package now that impeachment proceedings have concluded.